“I don’t care for vioIence, but it is often a necessary evil. I began this journey intending to create, not to destroy. I looked to the stars and vault that one day I would have a paradise to call my own….”

I’m a Tyrannis Child.
I began playing EVE Online during the Tyrannis Addon, long after the disbanding of BOB but right in time to see the empire of themittani rising. I saw the fall of IT Alliance in the southwest, participated in big fleets in 0.0 or w-space, aswell as small-scale roamings or solo pvp, joined the Jita Riots, created my own corporation which I’m leading for 4 years now. I began to realize that EVE is more than just a game, because of its intensive meta-gameplay.

For those who offer me their trust…
Coming from another MMO, which became easier and easier after every patch (you know what I’m speaking about), especially EVE’s metagaming hooked me and when I realized that I can unleash a war just by my words, I also realized that I began to be addicted to the sandbox, where literally nothing could stop me. Right now I have contacts, friends, and informants in different corporations and alliances, not only the noname empires but in bigger names too, like PL, Nulli, Goonswarm.

While I never set root in 0.0, w-space or lowsec for [reasons] , I’m some kind of a HighSec Carebaer. But I have teeth, which grew over the years and those who felt my biting in their flesh didn’t really enjoy it. Proof it? Later….maybe.

Networking, making friends and sometimes help people thinking and going in a direction where I want them to go becomes my playstyle of EVE for over 3 years now. Still, I’m playing the game as normal player, but I realized I got a second face during the years.  Sometimes I see some kind of a dark creature  shaping from the shadows and silently snarling. And sometimes I’m a bit afraid of it. But mostly it is an amazing feeling to see it hunting from time to time and unleash a destructive carnage until it is tired and ready to sleep again.

World by world we would build an empire…
But did I take any profit out of this?
Well, I’m not sure about what kind of profit we’re speaking here. Of course I can tell myself spacerich. I’ve several cool ships in my hangars, my wallet is “healthy” and my assets are divided in daily-use stuff and investment and speculation.
But playing EVE Online means more to me than being spacerich and flying spaceships. Commmunication and interaction with other players is one of the main aspects in this game.

….and with other collide with the force of suns…
Destroying corporations “from the offgrid”, spying informations and selling them to others, creating wars from the scratch and see them evolve to an epic conflict between my mercenaries and those who thought they’re smarter than me became a satisfiying and entertaining style of playing in the years. I treated people ruthless and unforgiving aswell as benevolent and with a huge amount of space-bro love. Everyone like he or she deserves – from my point of view.

Well, I promised examples: An enthusiastic newbie corporation joined New Eden in early 2013 and was expanding and advertising very agressivly in a region where I lived once. Containers at every stargate invited newbie player to join and become a member of them. All of their behaviour in forums and ingame (tada…meta game level over 9000) was ridicoulus and upsetting me for some reason. 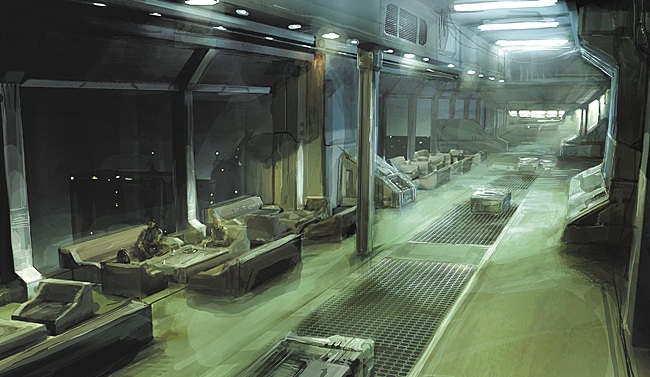 I created an alt character and joined the corporation “as a newbie”. I lived with them for about 4 weeks to learn their structures and find the triggers to ignite some inner conflicts. I also realized that the CEO and his directors where a bunch of iditios with a strange way to “command” other people. Greed and enviousness are wonderful motivators to raise corplings against their CEOs and directors. My motivation ? I don’t know. It was the creature in me, that want to see them failing.

It began one and a half month after they first appeared on my desk during spring 2014. They start loosing members and wardec by wardec payed by me forced them to move into far away highsec regions, far away from the trade hubs. I guess their logistic became very painful…
Today they’re at half of the active members they had before. They enjoyed about 30 wars in 2014 and finally changed their CEOand their full director team and I’ve never seen one of the stupid “join-us”-Containers after this. Mission success imho, and it was fun to see them struggle with the knubs I hold into their spokes. 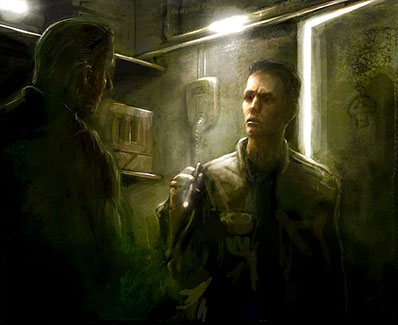 Nothing special you might say? For sure not, but what if I told you that there where other “projects” like this. What if I told you, that I shaped most of the corporations in my region for about 3 years now, all following my plans, executing my orders and being bound to my favor?
I ingnited wars and conflicts between corporations, created strong bounds between communities and helped a lot of Newbies to become a valuable member of the capsuleers society. But none of them ever knew my name.
This is madness! Madness? No, this is my EVE and I enjoyed every second of it…

You are much more powerful than you think…
And now come closer, I tell you something very secret:
Everyone of you, dear readers, is a player like me. Maybe you haven’t realized it yet, but if you reflect a bit of your personal EVE Online “career” you’ll find the same desires and motivation in it. Don’t try to argue – it’s the human nature.
Some of you may not have been blessed by the influence I had, or the ability to let the puppets on the strings dance your own waltz. Some of you are more popular than me, standing in the center of a big alliance or community, cheered by their pubbies, others might never be mentioned by name. But all of you – every single capsuleer – has the ability to be a Tyrannis Child.