I confess…I’m a fanboy. I’m addicted to certain playergroups in EVE that look cool to me. One of this player group is very special to me and I’m currently a bit excited about: Intrepid Crossing…
Intrepid Crossing was my first 0.0 alliance and still has a very special place in my heart.
When I decided to go to 0.0 space with only one of my chars back in March 2012, I was looking around for a not very hostile environment. I was looking for PVP, yes. But I also want to have the possibilities to make some money with ratting, mining, PI and all the things you can do in EVE.

Because I (sadly) can’t speak russian, and want to have a bit more international contacts in EVE a german corporation or a corporation in the former strong russian block was not the first choice.

Goons and other CFCs looked interesting, but I was a bit afraid of them, because I heard about scams and not very nice things. And yes, you read right: Goons where an option to me. I’m always impressed by strong player bounds, and they seemed to be such a strong community I was looking for. Well..that was before the Mittanigate at Fanfest 2012….

For some reason I found “Intrepid Crossing” and joined a corporation with the homesystem up in Cobalt Edge. It was a nice time, and the alliance was structured and organized as I expected. There was a special market to buy ships and import modules from empire. It felt like I imagined an alliance, a big community with a mature environment. When I later joined Schwarzschild./Initiative Mercs. with some of my friends I sadly didn’t had the same experience and left 0.0 with the promise to never return to

Well…I left IRC when RL changed for me, and I had no time to even farm for the corporation fee.
But every week, every day I was watching and somehow stalking IRC on dotlan. I was sad when the Cobalt empire break together and IRC retreated to the “The Spire” constellation and sunk in the darkness…

Why I’m writing this?
About 3 years ago I sent an buddyinvite to someone. But he never stepped over day 21 and I forgot him. Last month he reactivated his account and contacted me. We’re in loose contact, I’m answering his questions and he’s doing quite good. I also boosted him a bit and gave him the reward for his activated buddy account he never claimed. One evening a convo opened and he told me, he isn’t very happy in empire space. He asked me for several corporations from 0.0 he found with the help of the ingame recruitment window.
It was a rollercoaster between “Nope, nope…you don’t want this, trust me….are you serious??….they still exist?….oh…that’s interesting.” He even asked about Goonwaffe, because he was impressed of the “Burn Jita” campaign.

While he was posting advert over advert I remarked that there were 3 corporations recruiting, which where actually part of IRC! I looked closer and saw on dotlan, that IRC is obviously currently growing and recruiting . A spark of hope to return there one day? 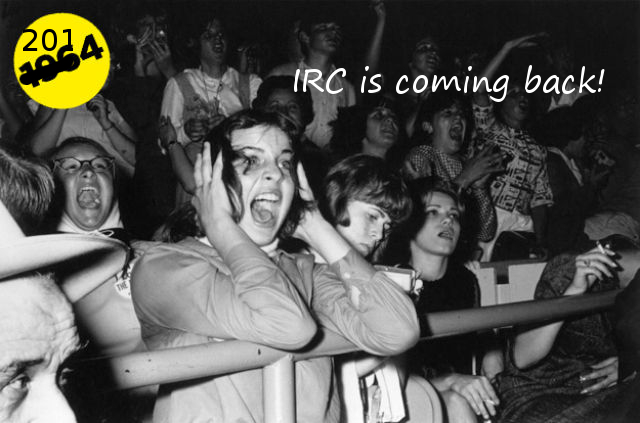 I gave my OK to him and pointed him to choose one of the older corporations in IRC. I don’t know if they accept lowskilled players, but I think he’s motivated enough to make his way. I wish him good luck for this, and I really wish IRC good luck.

Maybe one day, when my own corporation project is doomed to die, maybe I will return to the Cobalt Edge and one of my favourite alliances in New Eden.