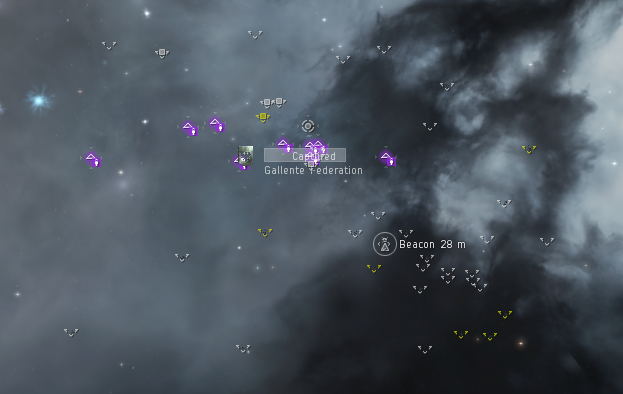 Back in the days…many years ago when I started EVE Online, my first ship loss against another player was a Catalyst. A pretty fail-fitted Catalyst. But what the heck, it’s time for the next level!

Reminder. Back then I stole from a Can and was quite rightly “punished” for it and taken out of my ship. It was super exciting, thrilling and I was ashamed to be caught stealing.
For you I dug through no less than 50 pages of zkillboard and finally found what I was looking for: https://zkillboard.com/kill/15040619/

So the aim is to take the fitting like this and take it to the next level. This actually turned out to be more difficult than I thought, because the killmails were generated a little differently and no information about the position of the respective modules was transferred to the new system. I tried around a bit and the following original fitting came out:

1MN Afterburner I
Stasis Webifier I

The next step was to upgrade the fitting to my current technology level. So just fit all the modules in the T2 variant:

I also added a Damage Control II and an Electron Blaster II.

Equipped with this fail-fit, I set out to spread fear and terror among the Amarr in the Faction Warfare area. However, it was a Tuesday evening. The European Championship was on. Germany is playing England, followed by Ukraine against Sweden, it’s the round of sixteen and nobody wanted to play EVE Online.
I admit that I was also cherry-picking. In Faction Warfare, it’s a case of rock-paper-scissors and I know that I won’t be able to fight against certain ships with such an unusually fit Catalyst.
So I logged out after about an hour and postponed the project to another time. I will definitely deliver a killmail of some sort though.

When was the last time you were in a fail fitting or unusual fitting? Tell us about it in the comments!