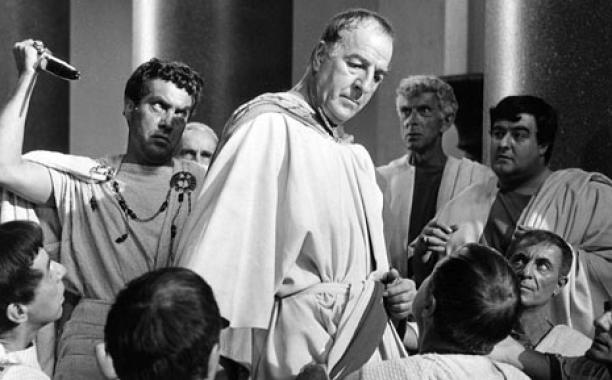 Leading a corp is sometimes like juggling five hot potatoes and singing “Oh when the Saints” – in islandic and backwards. There’re are different types of individuals in your corp, and you’d better know how to deal with them …

According to the statistics most EvE players are male. Although there are some female players I’ll stick to male description. I hope you – lady players – will forgive it.

= The Good =
The Bro
The Bro just means fun. Because of this guy you log in. Sharing time with him (or her) is why you play EVE and when your 1 Billion Loki gets blopped he raises you up again, gives you the strong shoulder to cry and complain about how unfair EVE (sometimes) is.
He comes along with fantastic ideas of 23h mining marathons(in ventures!!!), epic rookie frigate roamings or something we call the “Aarrrrrroam” in our corp (pirate ships only). And he’s also the trustworthy guy you give 2 Billion ISK, just because he needs them. You know he will pay it back..someday….
A Bro sometimes needs to be remembered to be a Bro….

Mr.Spreadsheet
Mr.Spreadsheet is like Q for James Bond. You need a tool? He already has it, has a link to it or is currently programming it. He also loves every kind of numbers, has different Excelsheets – depening on what you’re producing.
The little problem with this type of player: They don’t show up on coms very often.
My Tip: Never make Mr.Spreadsheet angry! If he asks for ISKs in exchange of his sheet…”Shut Up and take my money”.

The Major Domus
In ancient Rome the Major Domus was the slave who keep the house clean and busy while his Master was killing Karthagians or  crossing the Alps. During the time they got powerful rights and stepped up in the ranks. Today a “Major Domus” is comparable to a minister.
In EvE these guys are essential to save yourself from a burnout. If you have a big corp, you may delegate some of your own tasks to them. The Good thing: Most time you can trust them, as they know they benefit from this too. The bad thing: because of the need of trust here, some CEOs got a rude awakening when giving to much power in the hand of one internet guy.
Only really really trusted people should be set as director, who is literally the right hand of the CEO.

= The Bad =
The Grinch
You’re doing corpevents like roams, exploration or Wormhole Ops or just raffling a shiny ship? There’s always one member of your corp who would click the dislike-button if it only exist. He’s taking part in your corp to leech the payouts at the end of the month, to safe taxes or just to minimize the risk of getting griefed or being wardecced. The Grinch gets happy when you care for him.
Speak with him from time to time, make sure he’s feeling good and activly invite him to fleets. This will make the Grinch less grinchy and more social.

The Greedy
ISK is his own motivation. He never shows up when it’s coming to do real work like fueling POSses or transport stuff from A to B. The Greedy isn’t har to deal with. ISK fuels him and the only thing to do and to make him active in your corp is to show how he can earn ISK while benefitting the corporation. If you have taxes: Send him to Incursions. He will make stupid amounts of ISK while some ISK will drop on your corpwallet.

The TwoFace
The most dangerous playstyle for your corporation is “the two Face”. He’s like a ticking bomb and can do severe damage to your corp. And this damage is hard to fix, because it’s not on the material side.
Tears, drama and sleepless nights are his harvest and he has the ability to demotivate an entire group of people just by loggin in. Don’t ask for HIS motivation to do this…there’s none.
Your best (and only) counterattack is -we stick to the roman empire- “panem et circenses”. Entertain him, pretend you’re accepting every single exception. Say that you are sharing the same ideas, and having the same feelings and experience. Even you give a F*** on his Blabla he will be quiet because he thinks you care about him more than about others: He’s happy with this.
If you still having problems with this guy….KICK HIM. Seriously…kick him or make him leave > YOUR < corporation voluntarly. I’ve gone through this, and trust me: It propably hurts but it’s healthier for your corp and specially for you as CEO.

= The Ugly =
The Carebear
The Carebaer loves to shoot things. Things which don’t shoot back to much, are predictable and have some bounty on the head. For most people it’s kind of boring to be the carebaer, for others it’s their own playstyle and nothing will change their mind.
Carebaers are OK for your corporation in two ways. They generate income by flying missions, and if it’s safe, they take part in events.

The Princess
This guy is a combination about the Bro and the Terminator. Yes..this is possible. He’s a cool guy..in his way. You have something to say against him? Better don’t do this. He won’t speak with you for weeks, and even if you’re clearly right he keeps your negative feedback in the head..for the next decade of EVE!

Mr. I-can-do-this
He has visions…great visions…and he can reach them all alone. Thats why he’s playing an MMORPG; to play most time in a singleplayer content and show others how shiny his ship is. And he bought some BPOs too, so he can build his supercarrier…alone…mining…in highSec…in a Venture.
Try to involve him, he’s a nice guy with great ambitions, he just needs a bit direction.
Have you found more types of EVE players? How do you deal with the Terminator? Do you have a princess in your corp?

2 thoughts on “An EVE Online CEO’s Quest – The Good, the Bad and the Ugly”