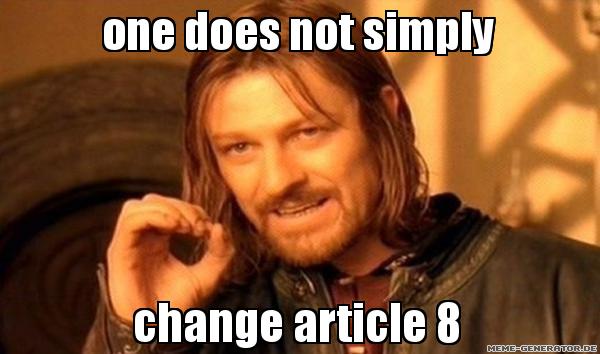 Until yesterday EVE was a great wonderful sandbox without special rules. Only the fragile balance of trust and no-trust ruled the galaxy of the worldwide spacerich EVE community. Ok, some special-rules called “game mechanics” kept things a bit tight, but overall it was no big deal and you where free to choose your path. Most of us became Miners, Industrialist, Incursionrunners, PVP enthusiast or whatever you can imagine. Some became “criminal” scammers. Milking peoples wallets with wrong market margins, strange contracts or pretending to be someone they never met. Article 8 Before, Article 8 of the EULA (that thing you click away without reading after installing of patching) contains this: You may not impersonate or present yourself to be a representative of CCP or an EVE Online volunteer This means, a player is not allowed to ask others for their account data or harm them in anyway pretending to be a CCP representative or one of the volunteer squad. (ISD)

This led to some absurd posts in forums or reddit. It was a masterpiece scamming other players. Renting them systems you do not own, inviting them to corporations you do not belong. The funny part: There was always someone who fell for the promises which where made and some of these stories became EVE history. The sad part: Trillions of ISK where scammed this way and some people where thrown back month or even quit EVE. Until now. With a change in Article 8 CCP now forbids these ways of scamming-art: You may not impersonate or present yourself to be a representative of CCP or an EVE Online volunteer. You may not impersonate or falsely present yourself to be a representative of another player, group of players, character or NPC entity. No big changes? Indeed, if you’ve never thought of being some kind of criminal and live a carebaer being. Big chances for those who created smurfaccounts to scam Newbies or stupid people, dreaming of being a little bee somewhere in 0.0 space.(Goon recruitment scam) Big chances for those who creativly used the rules of social engineering and psychology to have fun in their own strange way.(e.g. New Order Mining petition victims) Big chances for those, who get scammed themselves. What if you get scammed? Just write a petition and point on article 8 of EULA ? Big chances who even claim SOV in the name of an NPC empire? (e.g. CVA in Providence ) CCP closes a pathway to many playstyles and will hopefully clarify this in the next days. Banning the lie out of New Eden is not the change players really want as we can see in the forums, where minutes after releasing the TOS change different threats opened. A space conspiracy ? Do you remember the CFC announcement some month ago? Everyone was laughing Goons becoming the new BoB. The presented their new rental program ( http://themittani.com/news/goonswarm-opens-rental-program-yes-really ). To keep his little bees under control Mittani proclamated the following:

“Ain’t gonna sugar coat this one. As a matter of policy, we do not allow people to present themselves as diplomats for the purposes of scamming. In the same vein, goons are henceforth forbidden from presenting themselves as “rental managers” or basically anything else. In fact, rental scams are just outright banned from now on. Let me repeat that. Rental Scams are forbidden, effective immediately.”

He forbid the rental scams for his goonies. And now CCP officially changed their TOS ? Just coincidence? Brace yourself capsuleers! Interesting times and hopefully not a second monocle gate are coming. Sincerely Jezaja PS: Doesn’t it feel a bit like censorship?]]>